Qualifying finals of the WSA $70,000 Delaware Investments U.S. Open saw four of the world’s top twenty in action and all duly claimed their places in the main draw, but it was easier for some than others. 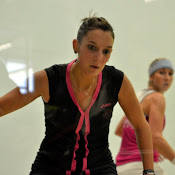 France’s Camille Serme, the world number twelve, found herself two games down to Sarah Kippax, the Englishwoman who beat home favourite Amanda Sobhy in five yesterday. This was destined to go the full distance as Serme stormed back to take the third 11-1 and keep a few points ahead in the final two games to move through to the main draw.

“I knew it was going to be tough, it reminded so much of my match here last year when I was 2-0 down to Latasha Khan and won. I don’t think I’ve come back from 2-0 down many times, you always lose nervous energy when you’re behind, so I’m really glad to do it again here.

“She was playing very well, but I didn’t think I was playing well at all, it felt like I was playing against myself first and also against my opponent! So after the first two games I just told myself I had nothing to lose, I relaxed and managed to play much better.

“I’m very happy to get through!” 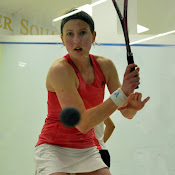 Another five-setter followed, but this time the Englishwoman – Alison Waters – stopped her opponent from completing the comeback. Dominated in the first two games, Nour El Tayeb pulled away at the end of the third, saved a match ball to level in the fourth, but couldn’t keep the momentum going as Waters, the current world number eight, claimed the second qualifying spot.

The final two places were claimed by Donna Urquhart and Joelle King, both 3/0 winners over Sam Cornett and Kanzy El Dafrawy respectively.